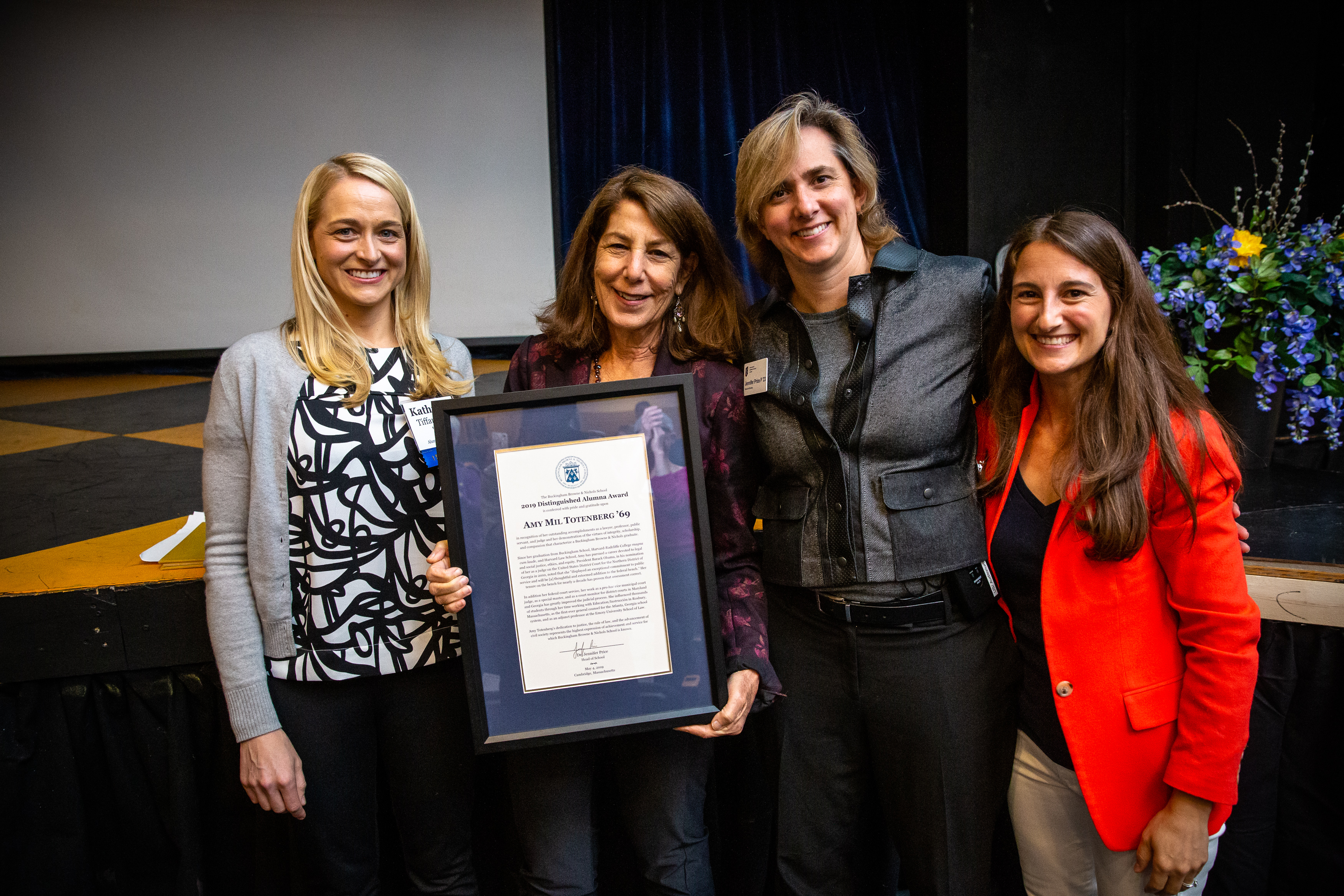 BB&N has presented alumni/ae awards to distinguished graduates of the school since 1993. Pictured above is 2019 Distinguished Alumna Amy Totenberg '69 with Kathrene Tiffany Bell '99, Head of School Jennifer Price, and Kathryn Kargman Holden '01.

Established in 2020, the BB&N Medal recognizes lifetime achievement and service inspired by the BB&N motto. It is presented to an alumnus/a at the discretion of and as recommended by the Alumni/ae Awards Committee in consultation with the school's administration. 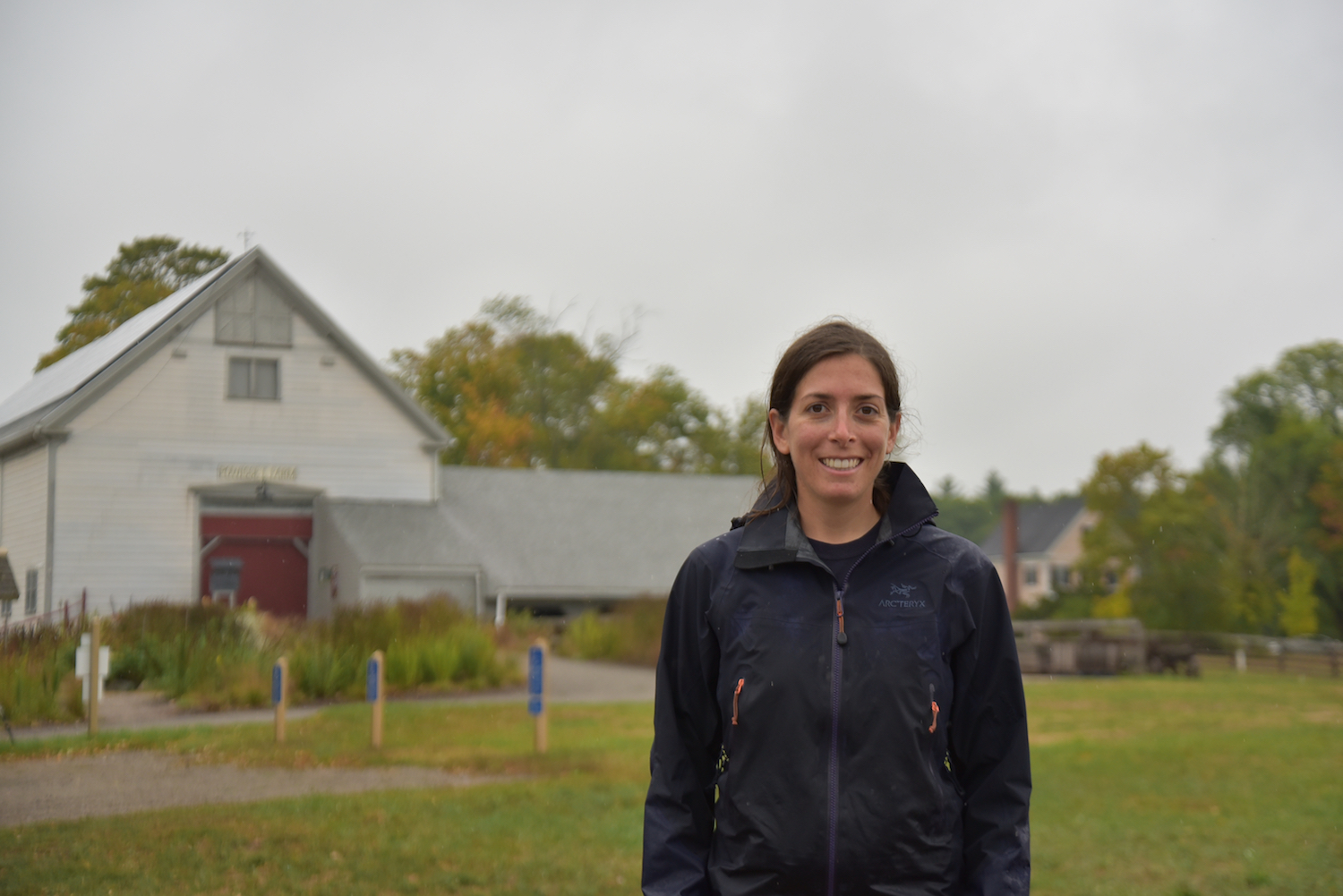 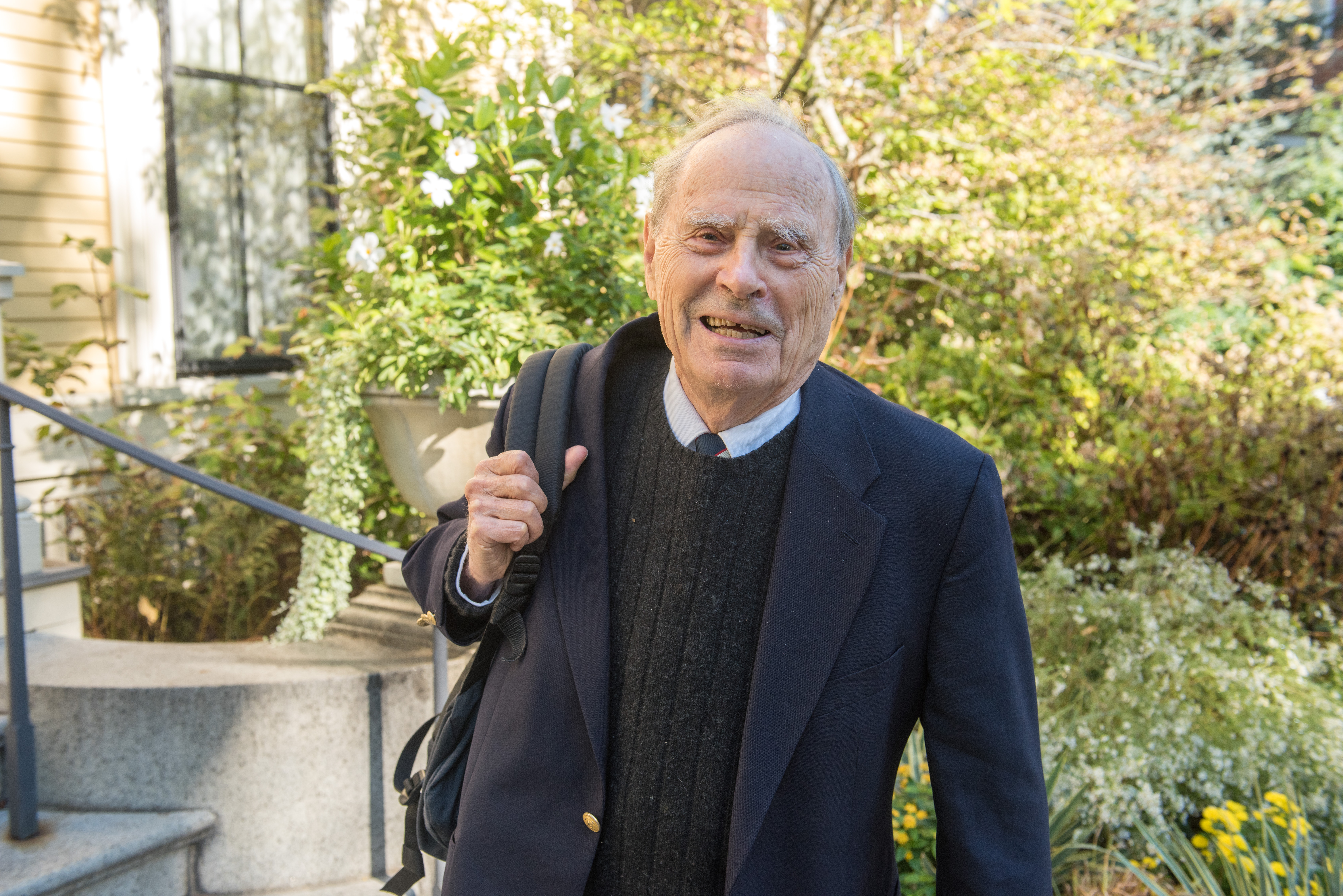 Laurel is founder and owner of al FreshCo, which makes locally sourced food more widely accessible to improve the health of our community, economic health of local growers, and build ecological stability. The company's mission embodies many aspects of BB&N’s mission to “prepare students for lives of principled engagement in their communities and the world.” And al FreschCo's innovative approach to advancing environmental sustainability in the broader community, demonstrates how Laurel is living these values every day, and makes her truly deserving of this award.

In addition to Bob's service to our country during World War II and distinguished academic career, his unwavering loyalty to BB&N makes him highly worthy of this honor. This includes his regular attendance at alumni/ae gatherings, both in person and virtually, and as a Class uKnighter. Bob's voluminous class notes chronicles more than a century’s worth of tales of the people who make the school's history so rich. And in doing so, he has created a wonderful and lasting legacy by bringing BB&N’s story to life for so many members of our community.

David Fialkow has contributed to the local, national, and global community in many arenas. The co-founder of General Catalyst, a venture capital firm concentrating on early-stage and growth investments, David’s focus areas include financial services, digital health AI and data analytics, as well as leading General Catalyst’s XIR program. David was recognized as Modern Healthcare’s top ten most influential people in healthcare for his funding of cutting-edge technology.

He and his wife are members of Impact Partners, a film partnership focused on developing films with a social justice theme; and he is a producer of the 2018 Academy Award-winning documentary Icarus about the Russian doping scandal.

A noted philanthropist, David has had a significant impact on a number of local and national non-profit organizations. He served as chairman of the Pan-Mass Challenge, a 100-plus mile bike-a-thon that benefits the Dana-Farber Cancer Institute. He has also held leadership positions with Facing History and Ourselves, Boys and Girls Club of Boston, MV Youth, MIT School of Engineering, and is a member of the Council on Foreign Relations.

Criteria for the BB&N Distinguished Alumna/us Award
Nominees are proposed by members of the BB&N community in recognition of their: