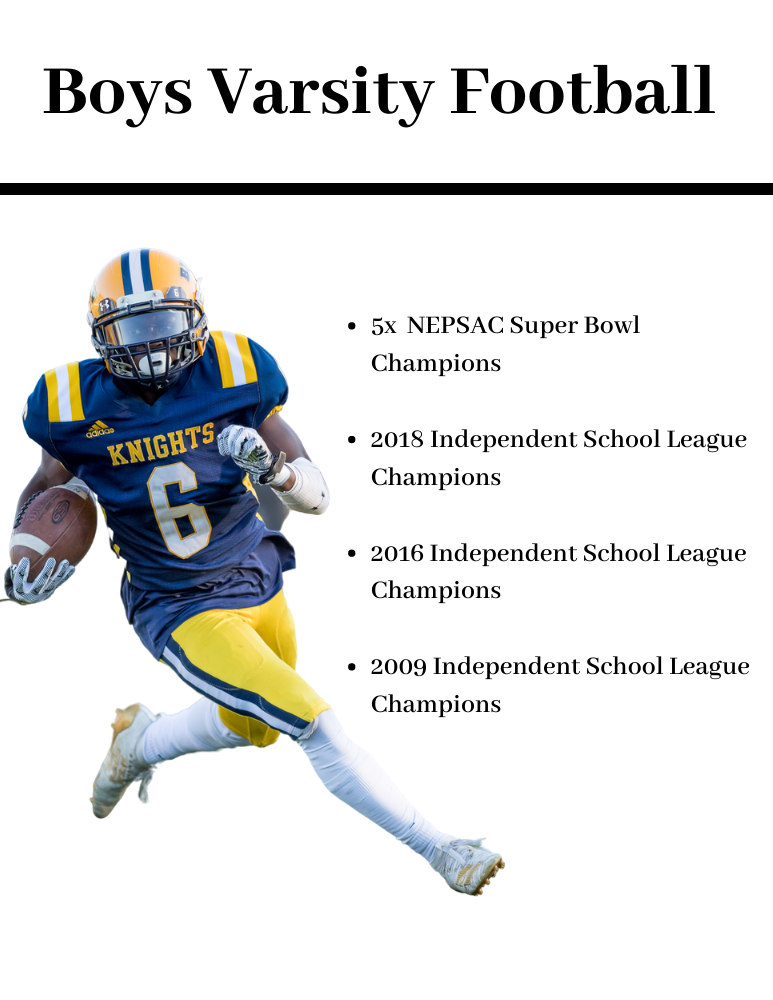 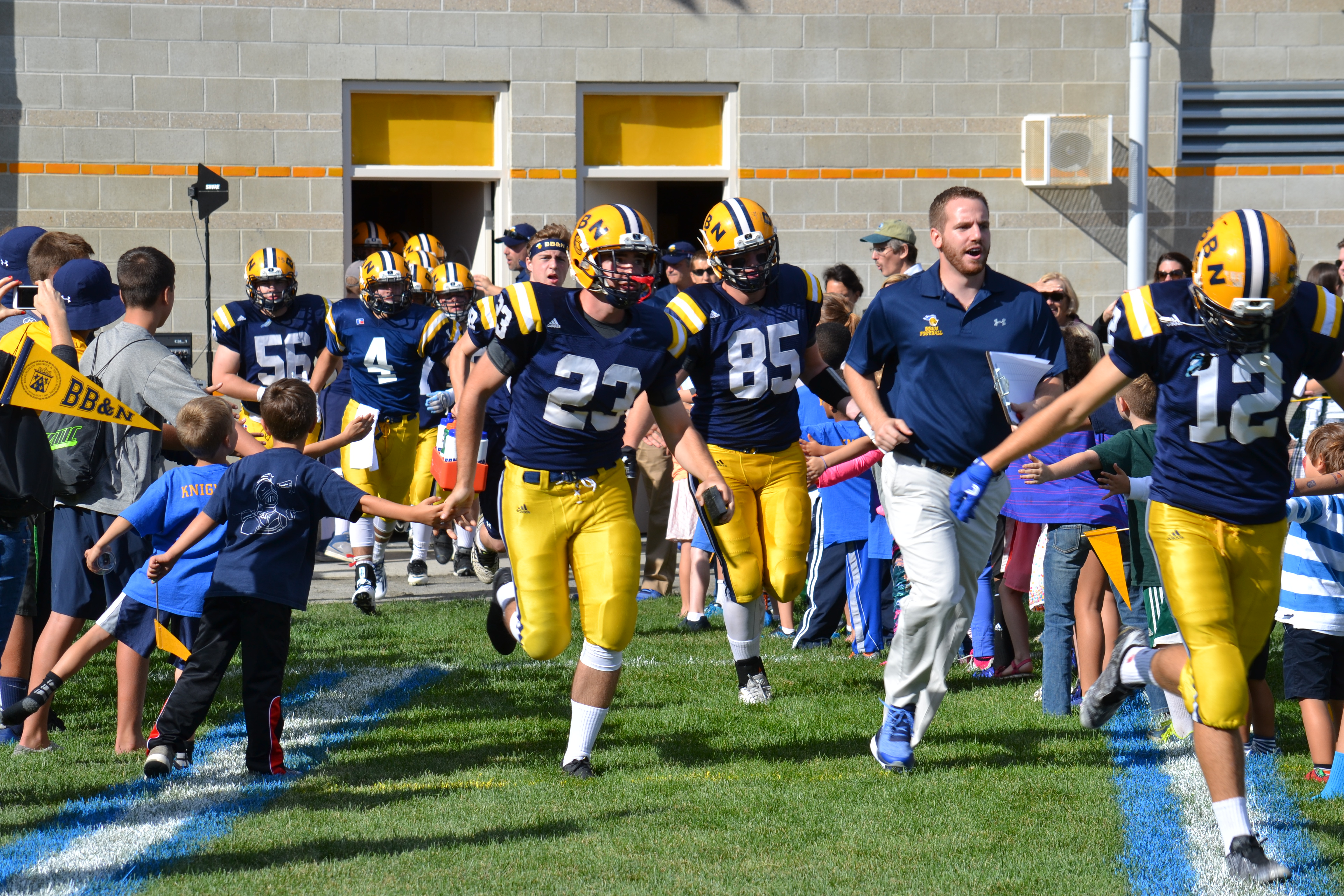 BB&N’s football program has been one of the most successful football programs in New England in recent years. Since 2007, the Knights have won 5 NEPSAC Super Bowl Championships and 3 ISL Championship in 2009, 2016. and 2017. Over that time, the Knights have sent over 75 players on to college programs, ranging from D1 to D3. Colleges such as Stanford, Boston College, Wake Forest, Columbia, Duke, Northwestern, Yale, Cornell, Princeton, Penn, Brown, Harvard, Amherst, Williams, Middlebury, Tufts and Bentley have welcomed former Knights to their programs. The combination of an outstanding education and high level athletics has made BB&N one of the top IVY, NESCAC, and High Academic D1 FBS feeder schools in the country.

Click here to see where our Knights are playing in college!

Accountability: We will be accountable to our school, our community, and most importantly to each other.

Tough: Knight football players will be mentally and physically tough.

Hardworking: We will always work hard. There is absolutely no substitute for putting in the work!

This senior group is small on numbers but large on talent. The offensive line will be anchored by two returning starters and captains, Andrew Nee and Zak Zinter. They have a ton of experience under their belt and will look to lead from the trenches on both sides. Matt Bulman is a hard-nosed senior fullback and linebacker, who will share the leadership responsibilities as a captain. Senior Captain Sammy Malignaggi will look to benefit from the blocking of those three in front of him at the running back position and direct the secondary on defense. This is his 5th year starting for the Knights secondary. Senior captain Cam Impemba will lead the skill group and be a constant outside threat. Senior Frankie Kelley has looked strong in preseason and will start on the offensive line. Senior Adam Itani and new comers Alfie Rudnick and Nick Wang look to add needed depth on special teams!  .

Junior Class is exciting to say the least. Russ Campbell was a mainstay on the defense last year at linebacker and will look to expand his roll at wide receiver. Nate Roach is a returning starter on the offensive line and Jaden Young started all year on the defensive line. Both look to take it to the next level for the 2019 season. Running back Justin Moran will look to carry the rock even more while playing stout defense. Michael Bongiorno, Jack Elliot and Thomas Maguire are all varsity ready and will be big contributors to the Knights. New comers Jared Silverio (A little bit of everything on offense and safety on defense) and Michael DiPlacido (FB/SS) have fit right in and look to help out on both side of the ball. Felix Okwesa and Alec Goodpaster have made some noise in preseason!

The sophomore class is one to watch for sure led by defensive leader and national standout Tyler Martin, who looks to dominate the defensive side of the ball while playing TE on offense. QB Shane Hanafin looks to build on his 3 starts last year. Ty Harding and Tom Porell are poised for break out years after playing a lot of varsity minutes as freshmen. Thaddeus Foote looks to start on the o-line.

A trio of freshman: Ronan Hanafin, Preston Zinter, and Jake Berglund appear to be varsity ready and will be competing to be on the field a lot.

Once again, the Knights will play the toughest schedule in the ISL, this is right where they want to be. The 2019 Knights understand that “The Best Ability is Accountability” and it will take the entire team looking left and right and holding each other accountable to achieve the teams goals.

If you are a student-athlete who has interest in attending BB&N and playing football, please feel free to contact head football coach Mike Willey at mwilley@bbns.org.

2018 was a historic year for the Knights football team, for the third time in history, and the second time in three years, the Knights have won both the ISL championship and the New England Championship. The Knights finished with an impressive 8-1 record which was capped off with and definitive 21-0 shutout win in the class A Kevin Driscoll Bowl against a very strong Avon Old Farms team. The knights have been to back to back to back New England championship games, the 7th in the last 14 years This year also marked the 15th straight season without a losing record, no easy task in the ISL group of 7. More important than the win loss records and the championships, this group of young men lived by our core principles. Accountable, Hard-Working, and Mentally and Physically Tough is what defined this group of young men. Led by the group of 12 seniors these student athletes are prepared for life well beyond the playing fields and our community is nothing but proud of them. The seniors will once again matriculate to some of the very best colleges and universities in the world and many will continue to play the game they love.

The 2017 Knight Football program made history this past season by qualifying for back to back New England Bowl games for the first time in the history of the school. The Knights finished with a 7-1 regular season record while competing in the very competitive ISL group of 7. This marked the 14th straight season without a losing record and was the 6th bowl appearance in the last 13 years. Most importantly the Senior class was tremendous both on the field and off. The Core Principles were not just things that were written in playbooks, they were guidelines for how they live their lives. They will matriculate to some of the best colleges and universities across the country and will be successful in whatever path they choose. They have set a very high standard for the 2018 BB&N Knights to live up to.

The 2016 Knights football team completed their 2016 campaign as ISL Champions and capped the season with a win in the Ken O’Keefe Class A bowl game, finishing up with a final record of 7-2. This year marked the 13 straight season without a losing record and was the 4th bowl victory in the last 10 years. The lion share of the credit for this year’s accomplishments are because of the strength of the senior class. The senior class really did live by the 3 core principles of the Knights football program: Accountability, Mental and Physical Toughness and the Will to Work Hard. There was standout performance after standout performance and personal accolade after personal accolade but the adherence to the 3 core principles made the difference. This group of seniors will matriculate on to some of the greatest colleges and universities in the world and will be certainly missed but forever part of the BB&N community. The 2017 Knights Football team has a high bar to live up to but with a talented group returning, I know they will be up to the challenge! 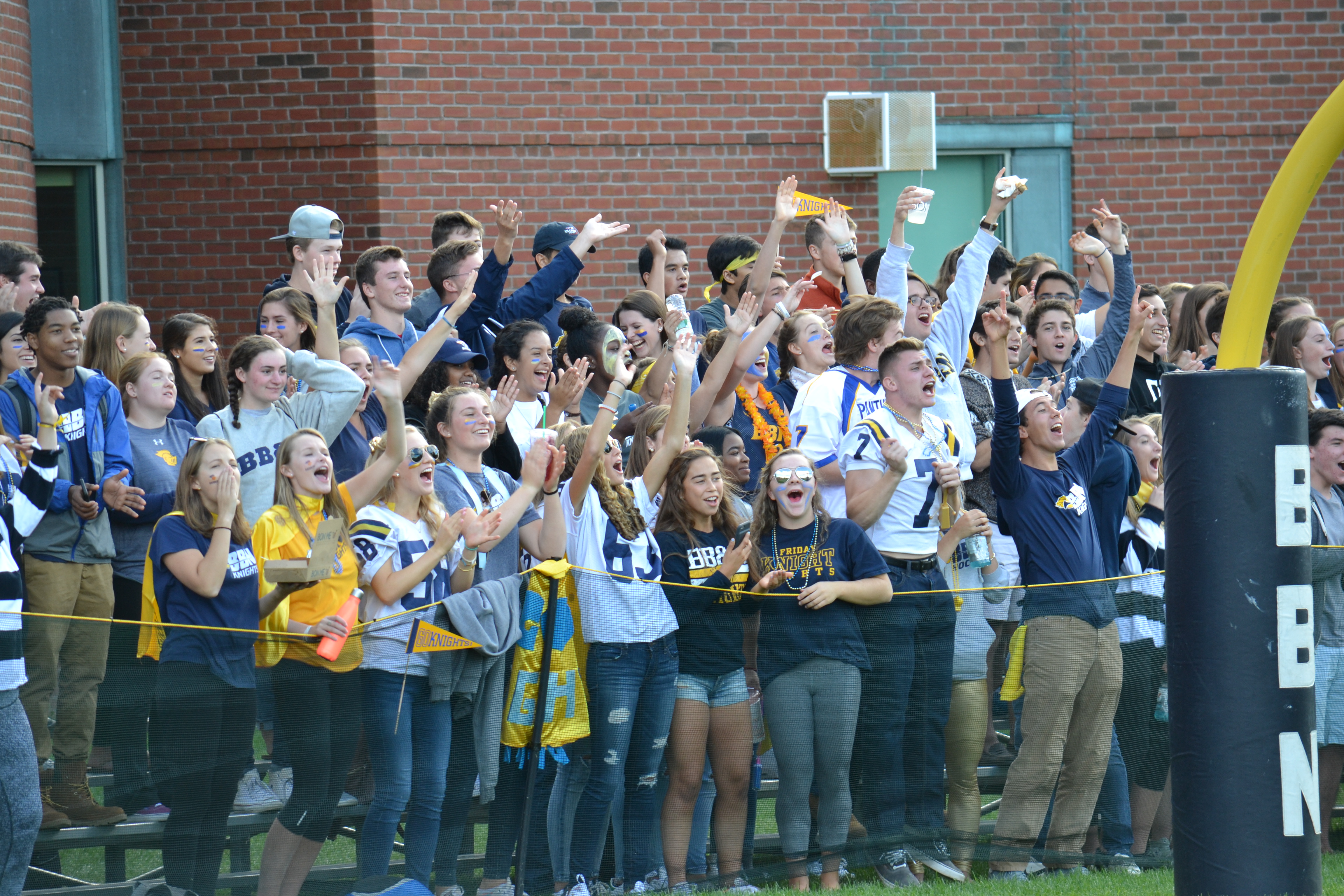 Herald Player of the Week

Globe Player of the Week

Stars of the Week

How the Eastern Mass. Prep Football teams stack up for 2018

8 Named To The Preseason All ISL First Team

QB Ryan Eamer Collects another Star of the Week Honor

Devin Marrocco Player of the Week

Knights finish the season ranked #6 in the country!

Jeff Costello and Graeme Davis stars of the week

Marrocco Named Star of the Week

Will Hurley named Boston Globe player of the week!

ISL football is better than ever 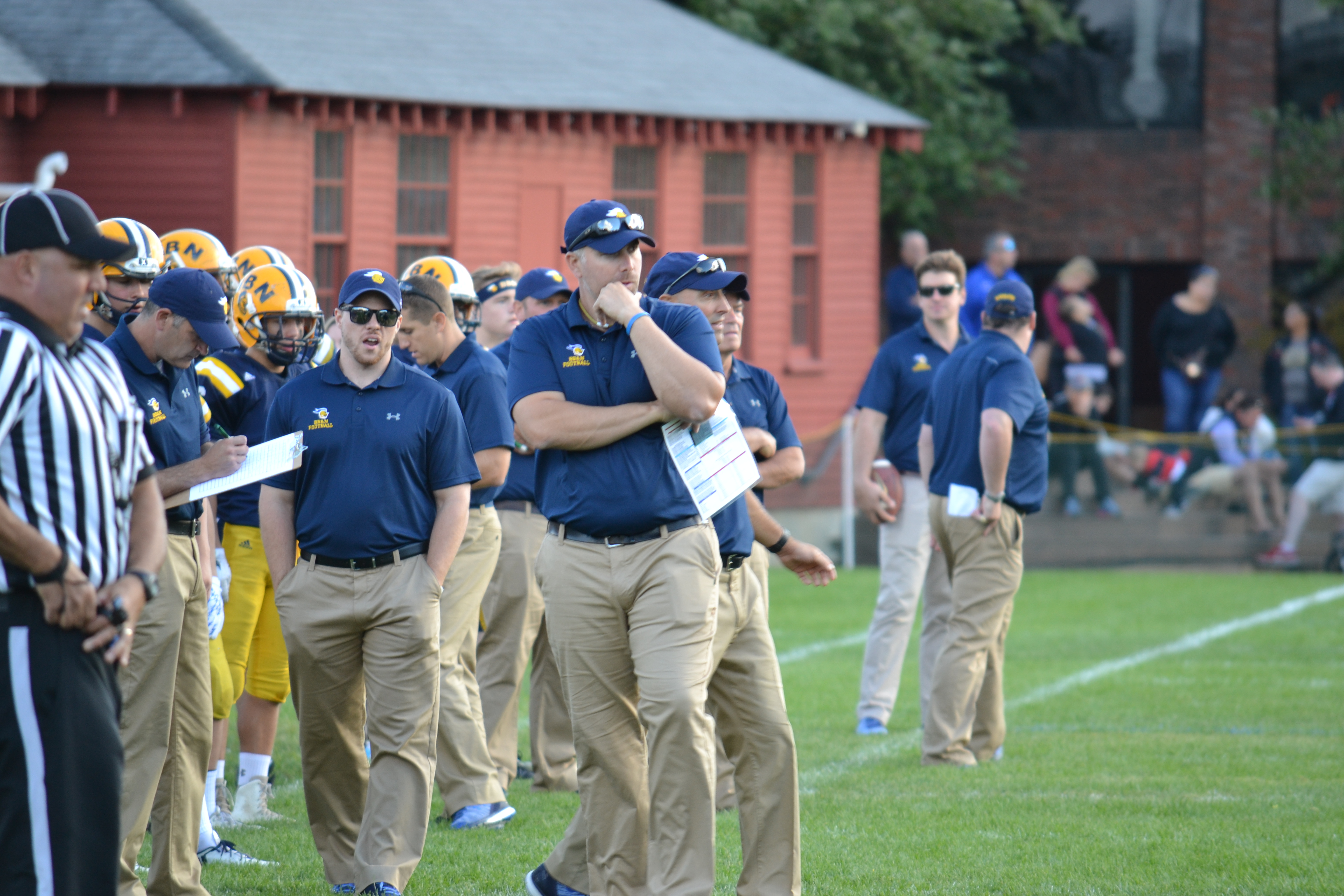